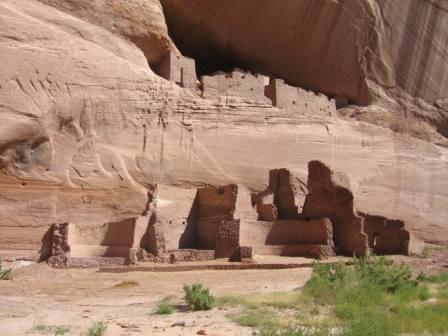 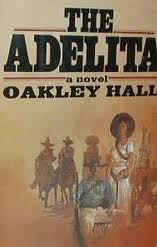 This is the best single book about the Mexican Revolution and its consequences. It is a novel, but integrates seamlessly with the historic storyline. Periodic asides by the narrator provide background on Mexico and that county's tribulations between 1914 and 1970. These comments supply the reader with an understanding of the brutal history of Mexico during much of the 20th century.

The narrator in this novel is Michael MacBean Palacio, son of an American father and a Mexican mother, raised until 10 in the northwest Mexican hacienda of his mother's family, and, after the death of his mother, growing up in the mansion of his father's second wife in Pasadena, California. A child of privilege, graduate of Andover, graduate of Harvard, and leader of a band of guerrilla cavalry during the war to overthrow the Mexican dictator Huerta. He is also, the lover of Adelita, the woman of the title, the living symbol of the revolution, whose name is also that of the Mexican soldier's wife in a famous and very real ballad of the Mexican Revolution. 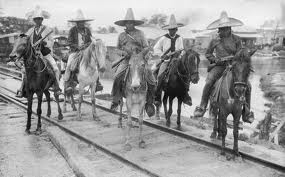 This the best book by Oakley Hall, who repeats in many of his novels the question of how people establish the rule of law in borderlands. Hall is the author of "Warlock", based on the Earp brother’s experiences at Tombstone. He is also the author of “The Badlands”, a loosely disguised novelization of the experience of Theodore Roosevelt in Montana in the 1880s. Oakley Hall is unparalleled in the portrayal of the American frontier, where the law is distance and tenuous. Here it is up to the protagonists to establish their own law. To establish it with great difficulty and often with bloodshed, and always with uncertainty about the cost that must be paid. In “The Adelita” the necessity of establishing the rule of law is extended to an entire country, Mexico, a country Mr. Hall seems to have understood very well.

In "The Adelita" there is no justice in the Mexico of 1914, after the fall of Porfirio Diaz, President and dictator for 30 years. Followed soon after by the murder of his elected successor, Francisco Madero by the general Huerta. Well, there is still the law of force, as there was under Diaz: The law of the Federal government led by a dictator imposed on an unwilling population, and the law of the rebel armies of the Revolution, who spread across the land like locust, gradually converging on Mexico City. One such army, a real army in fact, the Army of the Northwest, led by Alvero Obregon, is given a fictitious leader of its cavalry division, led by General Elias Justo, who becomes MacBean's mentor and champion. The Army of the Northwest, and the Division of the North under Pancho Villa, and the army of Emiliano Zapata near Mexico City all give loose alliance to Venustiano Carranza, governor of the Mexican state of Coahuila, and nominal leader of the rebellion.

MacBean becomes part of the conflict by chance, and by being at the right place at the right time. He is in Mexico in 1914 prospecting for oil. Any yet he is a participant by more than chance, because he is half Mexican and the adventure and the righteousness of the Revolution appeal to him. Also with his participation comes the love of the Adelita. And finally because of the trust and support of Elias Justo, who always seems to see into MacBean's soul.

This is a violent book, as was the Mexican Revolution. As violent as parts of Mexico to this day. As MacBean says at what point, "These are violent people". And as General Justo says to MacBean later, "What a profound thing war is, my friend! In which each man discovers the best and the worst of himself." Like many others, MacBean learns the worst of himself during this war. Only later, during the war of the successors, serving on the side of Venustiano Carranza and Obregon as an organizer of medical services to the army fighting Villa - and Justo - at the great battle of Celaya, where he earns some redemption for saving lives on the battlefield, not only anonymous wounded, but Adelita herself, who has followed first Justo and then Villa, hoping to find the true and honest champions of the Revolution. Her search is a hopeless task in a Mexico gone mad.

With the war of the successors decided, Obregon the winner, Villa and Justo defeated, Zapata dead, MacBean leaves Mexico to serve as a medical volunteer in the European War of 1914 that outstrips even that of the Mexican Revolution in bloodshed, if not in the hatred generated. Later, like his father, he goes into the oil business in California. (Another world Oakley Hall seems to understand.) There, on the eve of much success, the sins of his own father, who is involved in the Tea Pot Dome oil scandal, are visited on the son.

MacBean marries and fathers two children by his first wife, who, not strong to begin with, is stressed beyond limits by MacBean's ties to the Adelita. Then the Adelita calls him back to Mexico to rescue her son. The child is supposedly the son of Elias Justo, but really the son of MacBean. The Adelita has foreseen the assassination by their political enemies of both Villa and Justo, and a potential threat of those enemies to the "son" of Justo. The rescue mission, involving an escape through the desert, populated by bandits and personal enemies, is as harrowing as any other part of the book. ("When they carried me across the border at Nogales, in a blanket, I weighed ninety-six pounds.")

And yet, even this escape does not free MacBean from his ties to Mexico, because his son is to be raised as the son of Elias Justo and the Adelita, so a youth of destiny, inevitably to be called by the Adelita to Mexico as a politician and potential savior of the Revolution. But who can live up to such dreams for such a country? In 1968, witnessed by MacBean, the Mexican government, in which his son is has an important role, orders the pre-Olympic massacre of protesting students at Tlatelolco in Mexico City. And thus MacBean is drawn back into the unfinished struggle for some sort of justice or righteousness or legality in Mexico.

MacBean, conflicted son of a failed father, rapist, murderer, poor husband, good father - as far as he is able, is also a savior of people when he can. Not only by his medical work during the Great War and during the Mexican War of the Successors, but by multiple acts of public charity and reporting during the years between his flight from Mexico with his son and the massacre at Tlatelolco. And yet, Mexico and the Revolution are his true love, and the Revolution is his ultimate source of redemption.

One thing Oakley Hall does in this book is mix in stories from real I witnesses of the Revolution as MacBean's memories. The first time I caught him at this I was outraged. It was a passage from John Reed's "Insurgent Mexico, With Pancho Villa in the Mexican Revolution". Yet a bit later, MacBean writes that he himself is writing in old age, and his memories are mixed and confused, so that it is only natural that he would find events 50 years earlier interpreted through books that he has read. I loved that idea and how it is carried out in the book, adding rather than subtracting to the authenticity of the narrator's memoirs. In addition, without apology, one of the great victories won by Elias Justo in this book is modeled on the historic capture of Ciudad Juarez by Pancho Villa.

Anyone who reads the newspapers or follows on the Internet knows that Mexico today is still a land of violent people and doubtful justice. The themes in Oakley Hall’s novels are universal and timeless.
Posted by Steven Zoraster at 2:08 PM